Across the Endless River by Thad Carhart 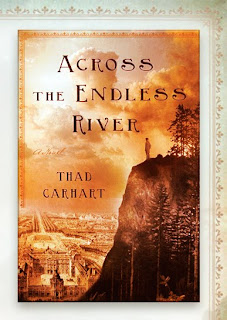 "Born in 1805 on the Lewis & Clark expedition, Jean-Baptiste Charbonneau was the son of the expedition’s translators, Sacagawea and Toussaint Charbonneau. Across The Endless River evokes the formative years of this mixed-blood child of the frontier, entering the wild and mysterious world of his boyhood along the Missouri. Baptiste is raised both as William Clark’s ward in St. Louis and by his parents among the villages of the Mandan tribe on the far northern reaches of the river.

In 1823, eighteen-year-old Baptiste is invited to cross the Atlantic with the young Duke Paul of Württemberg, whom he meets on the frontier. During their travels throughout Europe, Paul introduces Baptiste to a world he never imagined. Increasingly, Baptiste senses the limitations of life as an outsider; only Paul’s older cousin, Princess Theresa, understands the richness of his heritage. Their affair is both passionate and tender, but Theresa’s clear-eyed notions of love, marriage, and the need to fashion one’s own future push Baptiste to consider what he truly needs.

In Paris, he meets Maura Hennesy, the beautiful and independent daughter of a French-Irish wine merchant. Baptiste describes his life on the fast-changing frontier to Maura, and she begins to imagine a different destiny with this enigmatic American. Baptiste ultimately faces a choice: whether to stay in Europe or to return to the wilds of North America. His decision will resonate strongly with those who today find themselves at the intersection of cultures, languages, and customs."

Though the years Jean-Baptiste spent in Europe are largely undocumented, the author does a good job of filling in the blanks and helping us imagine what it may have been like to be this young man stuck between two worlds. The descriptions in the book are enjoyable and paint a vivid picture. Even though the author seems to know the history and the facts he fictionalized still fit with the story, the book plods along for 300 pages with almost no plot. Nothing every really happens and we see so much of Jean-Baptistes world as if he was just an observer. I began to wonder why the author bothered to write a book about this young man at all.

In the end, I did enjoy Carhart's writing and his beautiful descriptions, but the characters fell flat for me and in a story like this, the characters just have to shine.
Posted by Stephanie Humphreys at 22:56 2 comments:

Today we were able to attend the Remembrance Day ceremonies held by the town. One of the speakers reminded us that without the sacrifice made by those who fought for our freedoms and continue to fight, our children wouldn't have the opportunities they enjoy. The freedoms we often take for granted would be unknown to us. This was especially touching to me as I thought of the great community and great country we live in.

I always have tears in my eyes when we sing O Canada, but this year was especially poignent as I watched my two oldest children play the music as they participated in the band. My son was also given the privilege of playing the last post to begin the two minutes of silence and then the reveille. He did such a great job and I was so proud of him as he was able to honour those who sacrificed everything. We always insist on the whole family attending the ceremonies, and I only hope that as the memories of the great wars become more distant, my own children will still feel some measure of respect and reverence that I feel.

In Flanders Fields
In Flanders fields the poppies blow
Between the crosses, row on row,
That mark our place; and in the sky
The larks, still bravely singing, fly
Scarce heard amid the guns below.
We are the Dead. Short days ago
We lived, felt dawn, saw sunset glow,
Loved, and were loved, and now we lie
In Flanders fields.
Take up our quarrel with the foe:
To you from failing hands we throw
The torch; be yours to hold it high.
If ye break faith with us who die
We shall not sleep, though poppies grow
In Flanders fields.
— Lt.-Col. John McCrae (1872 - 1918)

Email ThisBlogThis!Share to TwitterShare to FacebookShare to Pinterest
Labels: holidays

I love my critique group. We are few, but I so enjoy getting together these with fellow writers. As one of them said, "I've never enjoyed being critiqued so much." Every time I learn so much and get so much encouragement. Tonight the meeting was just what I needed. I stalled out on my NaNo writing after the first day, but with some brainstorming tonight, I just may have found the direction I need to go and I'm ready to tackle my word count again tomorrow. Thanks girls!

My only complaint is that we are so few. So if anyone knows of any other writers in the Southern Alberta area who are looking for someone to go over their work with I fine tooth comb, send them my way. I know this is short, but I need some sleep. I've got lots of writing to do tomorrow.
Posted by Stephanie Humphreys at 23:44 1 comment:

Am I Not a Man: The Dred Scott Story 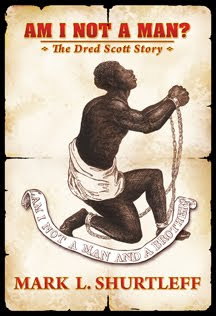 Posted by Stephanie Humphreys at 05:00 2 comments:

Marcie, the winner of Methods of Madness has graciously offered to let someone else have the copy of the book since she already has one and has already read it. So I pulled another name from the hat. We have a new winner . . .

Hope you enjoy it!
Posted by Stephanie Humphreys at 20:54 1 comment:

Email ThisBlogThis!Share to TwitterShare to FacebookShare to Pinterest
Labels: contest

I took all the comments from the last post about Stephanie Black's book Methods of Madness and put the names in a hat. And the winner is . . . Marcia Mickelson. Congratulations Marcia. Hope you enjoy the book.

Today I start with the yearly challenge of NaNoWriMo. I'm not sure exactly why I signed up. It seems like every year just gets a little busier, but what would November be without a little craziness. Since I never write on Sundays, I have to write about 2000 words every day to be able to make it. This will be the fourth year I've participated. Lots of my friends have signed up this year, so there is a little extra competition and a lot of extra encouragement. Hopefully at the end of the month I can say. . .and the winner is ME!
Posted by Stephanie Humphreys at 11:30 4 comments: 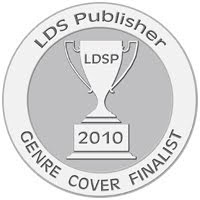